The email campaign leading up to Photokina 2016 took heavy influence from the theme planned for the stand: stars of 20th Century stage and screen. There were a number of new product launches at the show. Each of these was announced ahead of time with a press release unveiling them at center stage.

Working with The Archives LLC, who are responsible for preserving the photographic archive of Milton H. Greene, the stand at the show was built around a selection of his work.

The primary new product launch of Photokina 2016 was the Innova Editions® range. With packaging featuring an image of Marilyn Monroe, photographed by Milton H. Greene, alongside images by British artists Alan Smith-Page, Denise Di Battista and David Walker. As the collection of images on the stand were all by Milton H. Greene, and also featured a number of unpublished images of Marilyn Monroe, there was a simple link to the new range that could easily be brought into conversations with visitors. 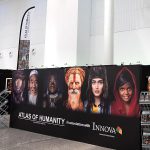 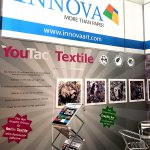 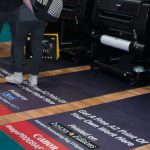